Introduction to the Human Rights Law 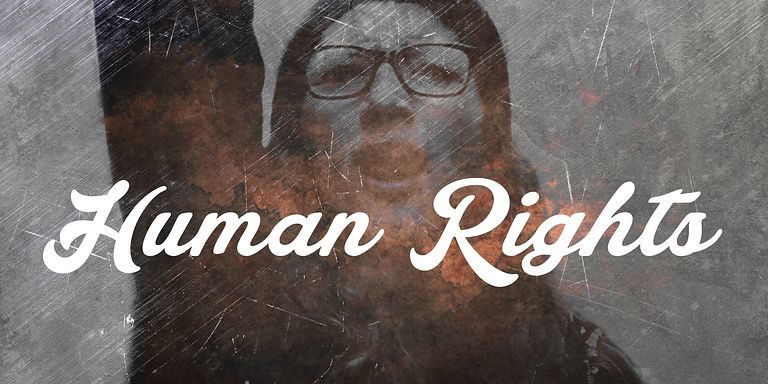 Human rights are a product of social and political struggles and conflicts that emerged around the liberal ideas of freedom and equality in Western societies. This was reflected in the adoption of Magna Carta of 1215, and the English Bill of Rights1688-1689, through to the American Declarations of Rights 1779-1789 and the French Declaration of the Rights of Men and the Citizens 1789. The inception of international human rights law in general is related to the developments that took place at the end of the Second World War. After the war, the United Nations was established to save succeeding generations from the scourge of war and to reaffirm faith in fundamental human rights. As a result, the United Nations Charter was adopted in 1945, subsequently; the Universal Declaration of Human Rights (UDHR) was adopted in 1948.

The United Nations’ (UN) primary aim is to save the present generations from conflicts. In doing this, the UN has implemented various legal provisions that are geared towards the protection of fundamental human rights for all individuals by ensuring that obligations arising from treaties and other sources of international law are maintained and respected by state parties[1]. Consequently, the adoption of the Universal Declaration of Human Rights in 1948 set out a comprehensive common standard of protection for all individuals and nations. The declaration is widely accepted as the fundamental norm of human rights that everyone should respect and protect in order to enforce an international human rights system and to promote global peace. The UN Charter signed on 26 June 1945, defines the international standards of the rule of law and state responsibility. The United Nations General Assembly (GA) and Security Council are the main organs for modification and development of international law. The GA ensures general principles are applicable to the entire international community and broad issues, while the Security Council emphasises specific cases and enforcement. In practice, though, they often wander into each other’s territory.[2]

In Paris in 1948, the United Nations General Assembly passed the General Assembly Resolution 217A. [3] proclaiming the Universal Declaration of Human Rights. The declaration was drafted by representatives from different cultural, regional and legal backgrounds, making the concept as a common standard of achievements universally recognised. As a result, UDHR becomes a significant milestone for the idea of the universal concept of human rights. The declaration includes protection for political, civil, economic, social and cultural rights for all people of all nations, without distinction as to race, gender or age. The provisions within this declaration were accepted as customary international law.[4] The declaration went on to implement two significant provisions namely, the Covenant on Civil and Political Rights 1966 and the Covenant on Economic, Social and Cultural Rights 1966. These two instruments are also referred to as the international Bill of Rights.

The International Covenant on Civil and Political Rights and the international Covenant on Economic, Social and Cultural Rights are legally binding obligations upon all states parties to these treaties.[5] Additionally, the convention against Torture and Cruel, Inhuman or Degrading Treatment or Punishment was also adopted by the General Assembly in 1984[6]. These Conventions are geared towards the protection and promotion of international human rights for all people. Wallace[7] observed the significance of Universal Declaration of Human Rights, the Covenant of Civil and Political Rights 1966 and the Covenant on Economic, Social and Cultural Rights 1966 and referred to them as the bill of rights. Subsequently, article 2 (1) of the ICCPR stated that all member States must ensure that all individuals within their jurisdictions have their rights respected as stipulated in the convention.

In essence, the rights protected under the Covenant on Civil and Political Rights are: right to life, liberty and security, equality before the courts, peaceful assembly, to marry and have family and to vote. Additionally, all individuals should have the freedom of association, thought, conscience and religion. Consequently, the Convention prohibits all forms of torture, cruel, inhuman or degrading treatment or punishment, slavery and force labour.[8] The Universal Declaration of Human Rights (UDHR) in Article 1 made it clear that all people are ‘born free and equal in dignity and rights entitled’. Article 2 highlighted that everyone is entitled to all the rights in the declaration without distinction to race, colour, sex, language, religion, birth or political option. Article 3 deals with rights to life, liberty and the security of the person whilst Article 4 prohibited slavery or servitude and article 5 prohibited tortures and cruelty, inhuman or degrading treatment or punishment of people.[9] These declarations spell out some significant rights and protection for all human beings which includes children although it did not mention children specifically. However, the declaration’s generic approach to the protection of fundamental rights for all people includes that of the children.

Similarly, all member States should adopt necessary measures to ensure that rights within the International Covenant on Economic, Social and Cultural Rights (ICESCR) are respected. As such, social and economic rights are related to the “Social status” the right to work; freedom of association and establishing unions, the right to education and the right to health care. The state must intervene through legislation to create an institutional system that allows the exercise of ICESCR, for example, the enactment of The Education Act.

The preamble of the ICESCR stated that the States Party to this Covenant consider that the recognition of the inherent dignity and of the equal and inalienable rights of all members of the human family is the foundation of freedom, justice and peace in the world. It also recognised that these rights derive from the inherent dignity of the human person in accordance with the Universal Declaration of Human Rights, the ideal of free human beings enjoying freedom from fear and wants can only be achieved if conditions are created whereby everyone may enjoy this economic, social and cultural rights, as well as his civil and political rights. As a result, it’s obligation upon States under the Charter of the United Nations to promote universal respect for, and observance of, human rights and freedoms. The Preamble went on to observe that the individual, having duties to other individuals and to the community to which he belongs, is under a responsibility to strive for the promotion and observance of the rights recognized in the present Covenant.[10]