Why should we care about climate change? It’s not going to affect us anyway! 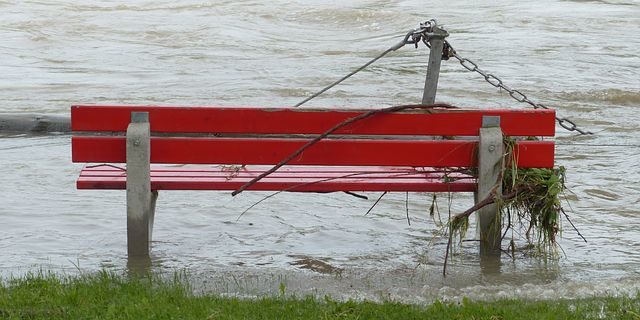 It seems that we are encountering countless alarming news stories about climate change and its terrible consequences to mankind if we do not change our ways. Are we not fed up from such grievous headlines one after another? What’s the fuss about, after all if the likes of certain world leaders can so openly deny the reality of climate change then why should we care about these issues?

The signs and effects of climate change are all around us, for instance step outside of your home in the summer months and you will either be hit by hotter than usual temperatures, for the UK, or you will put on your raincoat and wellington boots to trench through the floods – depending on whether you live in the South or North of the UK. Outside of the UK we are seeing sterner weather changes in developing countries from life-threatening heat to extreme flooding. Take a trip to your local supermarket and notice that there are not as many vegetables to purchase because European weathers and temperatures have been unseasonal so the farmers haven’t been able to grow their crops this year. [1] Try walking the streets of London, Beijing or even Deli without worrying about the air pollution and its damaging affects to your health. [2] Low lying countries are also encountering effects of climate change such as Maldives, one of five least developed countries in the world, are seeing their islands starting to disappear from sea level rises as the majority of Maldivian islands are less than 1m high. [3-4]

One should reflect upon why in 2015 over 190 countries gathered in Paris and jointly agreed to limit the rise in global temperatures to 2° C signing the agreement as we know as COP21. [5] Or why the EU have taken significant steps and adapted their policies and regulations on coal subsidies, bioenergy, grid access and individual energy producer rights to meet the COP21 requirements. After the approval by the European Parliament and Council of Minister of these regulations, EU countries will start to see affects from as early as 2018 (although the UK’s future is uncertain due to Brexit). [6] Consider why the Scottish Government has awarded their 23rd round of Climate Change grant funds to grassroots community-led projects, that’s a total of £9.97 million awarded to 13 community organisations for 2017-18. [7] Surely policy regulators have sound reasoning behind these regulation updates and financial investment.

Perhaps overcoming climate change is not as straight forward as environmentalists passionately but naively uphold, can we completely give up fossil fuels and switch over to renewables for a sustainable future? My time as a visiting lecturer at Birmingham City University on International Comparative Energy Law has been a valuable journey, especially one of self-learning; my eyes have been opened to the reality that we cannot exist without fossil fuels. We cannot run on 100% renewable energy [8] but countries can implement laws and strict monitoring regulations towards a sustainable future, perhaps in the distant future but not at present. Though we can still work towards a sustainable future, developing countries can invest their fossil fuels into the production of renewable technologies i.e. solar panels, or set up a fund for sustainable futures and contribute a percentage of their oil sales towards this fund. What is the point in selling our fossil fuels and developing our economies if we will be unable to sustain them from effects of climate change? Ultimately we can start lessening our usage of fossil fuels and bring in cleaner energy in efforts to sustain this world not only for ourselves but for our future lineage. We can take inspiration from companies such as Statoil who are world innovators in offshore wind [9] and certainly the global COP 21 agreement is a start. [10]